When expanding data storage capacity, deploying multiple servers can lead to complexity in management and also dramatically increase costs. The QNAP UX-800U-RP expansion enclosure is an economical expansion alternative designed with easy setup in mind for expanding the total storage space of your Turbo NAS. The UX-800U-RP offers a hassle-free storage expansion for business use. Each UX-800U-RP provides additional 8 hard drives for the Turbo NAS and allows for a total raw capacity of 48TB* making it especially useful for massive data backup, digital media collection, and video surveillance.

Simply connect the UX-800U-RP to a Turbo NAS* and power it on. The Turbo NAS will automatically detect the hard drives in the UX-800U-RP as newly installed local drives. The Turbo NAS capacity can then be expanded as a large volume seamlessly & economically by using the powerful QTS Storage Manager. 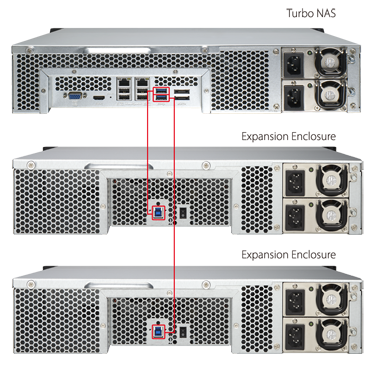 If your UX-800U-RP is accidentally disconnected, the Turbo NAS enters missing mode and blocks I/O access to protect the stored data. The system can then recover from the missing mode to the normal state with data remaining intact. 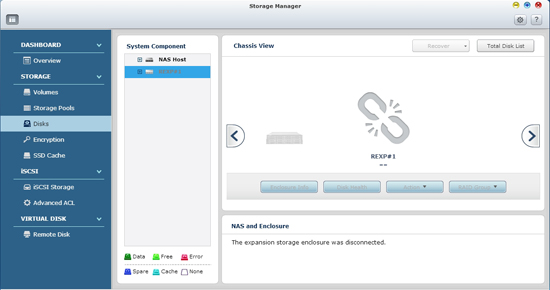 The QTS Storage Manager neatly presents tools & options for managing system storage with a modern & intuitive graphical user interface, greatly simplifying the process of managing the UX-800U-RP and NAS capacity expansion. You can easily monitor the health status of the UX-800U-RP and the disks within it. When multiple expansion enclosures are connected, the Locate Disk and Locate Enclosure functions assist you in quickly maintaining the UX-800U-RP.

The UX-800U-RP can be used as a cost-efficient external storage to perform fast & secure backup tasks for the Turbo NAS. The administrator can back up the Turbo NAS data to the UX-800U-RP on a real time or scheduled basis.

The UX-800U-RP includes redundant 300W internal PSUs to ensure business continuity and to provide ample power even under a sustained full load. You can replace a failed power supply unit without turning off the server. The well-ventilated chassis and smart fan provides efficient cooling for better stability & reliability, with the easily-replaceable fan module enabling efficient heat removal even when all 12 drives are under full operation simultaneously. 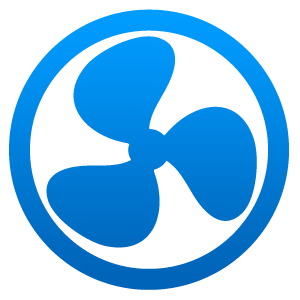 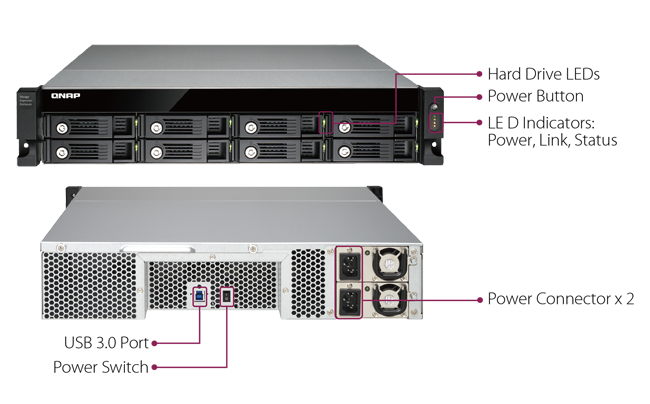